Sitting on 52.000 m2, the estate features a typical Corfiot country manor - of the kind usually identified within the Italian countryside - which originally belonged to the Mantzaros family, whose most famous member, Nikolaos, composed the music of the Greek national anthem. Stroll around the main house and the restored former olive press turned to a guest house and obtain a wealth of information about the people who once lived there and what shaped their lives. A network of paths allows you to reach all the well maintained areas of this property amongst an olive orchard, a vineyard, a citrus grove, a mixed fruit orchard, a large vegetable garden and several ornamental gardens surrounding the two main buildings. Entering from a double stone staircase, the house has received renovation and restoration - with no exterior alterations to the old building - sensitive to original details while infusing modern amenities, creating an elegant and sophisticated environment rarely seen.

Corfu is a destination of elegance and nobility. The island has incurred a long period of Venetian dominance and this is depicted in the uniqueness of its architecture and monuments. The old town of Corfu is included in the World Heritage List of UNESCO, while Spianada is the biggest square in the Balkans. Fortresses, palaces and picturesque villages along with tiny islands and romantic beaches combine into a unique mosaic.The island of Corfu was a favorite destination of Empress Elizabeth of Austria, who built there a summer palace and named it Achilleion, after Achilles, the hero of the Trojan War. Her palace is surrounded by beautiful gardens and is open to visitors as a museum. On the island one can find many museums of great interest, such as the Museum of Far Eastern Art (the only one of its kind in Greece) and the Olives Museum that displays traditional tools and processes for olive oil production. 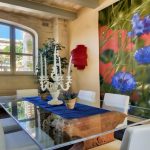 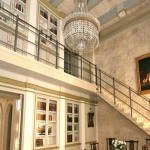