Exclusive apartment of 160 sqm situated in a very elegant building with private garden. The property is on the 12th floor and has unique views of the city and is composed by: double entrance, living room with terrace, large kitchen, two bedrooms and two bathrooms a laundry room and cellar. There is also the possibility to buy a garage inside the building.

It is a compact city with landmarks that span centuries. Milan sustained heavy damage during bombings in the Second World War, however, it’s most beloved structures were restored. The gothic spires of the Duomo, Milan’s main cathedral consecrated in the 16th century, dominates the heart of a city filled with architectural gems. The Galleria Vittoria Emanuele II, the covered arcade of glass and iron that’s a magnificent shopping destination; La Scala opera house; and Santa Maria delle Grazie, the church that is home to Leonardo da Vinci’s mural, “The Last Supper” are central to Milan’s cultural heritage. Its skyline reflects the future, most notably the new Porta Nuova district and the highly anticipated CityLife complex in the Fiera Milano district. A residential and business development, CityLife features the sculptural and fluid towers of two of the world’s most celebrated architects, Zaha Hadid and Daniel Libeskind. 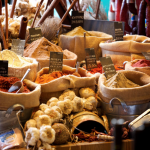 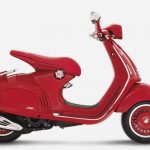