Embedded in the upper part of the capital city of Malta is this majestic 17th Century Baroque Palazzo. This building was brought back to its former glory after being renovated by one of the most reputable Maltese architects. Furnishings have been selected with the utmost care so each and every piece has been chosen to blend magnificently in every area of this property. From the roof garden one has spectacular unobstructed views of the Grand Harbour and the three cities. This palazzo can be used ideally as a private residence or a business headquarters. Permits are in hand for the ground floor to be turned into an office.

Malta is an archipelago in the central Mediterranean consisting of three inhabited islands, Malta, Gozo and Comino. The republic boasts a warm subtropical climate, a stunning coastline of cliffs and coves and nine UNESCO World Heritage sites. A time tunnel revered by amateur historians, its seven megalithic temples are among the oldest freestanding structures in the world. 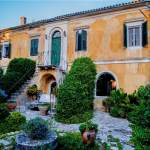 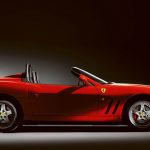