Kaizer Chiefs Football Club is a South African football club based in Johannesburg that plays in the Premier Soccer League. The team is nicknamed Amakhosi, which means "Lords" or "chiefs" in Zulu, and the "Phefeni Glamour Boys".

First National Bank Stadium or simply FNB Stadium, also known as Soccer City and The Calabash, is a stadium located in Nasrec, bordering the Soweto area of Johannesburg, South Africa. The venue is managed by Stadium Management South Africa (SMSA) and is a home ground of Kaizer Chiefs F.C. in the South African Premier Soccer League as well as key fixtures for the South African national football team.

Over the years Kaizer Chiefs has been known to dominate on the field of play, putting smiles on the faces of many of its supporters. Off the field, the Club has been active too, reaching out to its community and also abroad by making a difference in their lives.Kaizer Chiefs’ Corporate Social Responsibility has focused on enriching the lives of women, children and the less fortunate. Whether alone or through its sponsors and partners, the Club has reached out to the needy.

Enjoy South African Soccer at the FNB Stadium in Johannesburg. 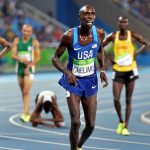 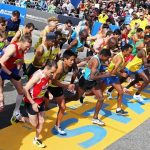