Table tennis, also known as ping-pong, is a sport in which two or four players hit a lightweight ball back and forth across a table using small bats. The game takes place on a hard table divided by a net.

Enjoy the best of the best in table tennis, or ping pong, at the Halmstad Arena in Sweden. 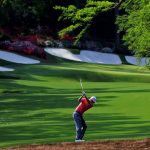