ABOUT THE BILLABONG SURF TOURNAMENT

O'ahu known as "The Gathering Place" is the third-largest of the Hawaiian Islands . It is home to about two-thirds of the population of the U.S. state of Hawaii.

Billabong Pipeline Masters events include surfing tournaments that judge the best scores by wave height, tricks, and precision while inside the wake of the wave. Many people come from around the world to see the best surfers compete and to enjoy the always sunny weather and tropical feel of the Hawaiian Islands. 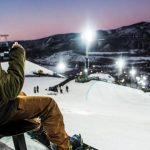