Cape Town is a port city on South Africa’s southwest coast, on a peninsula beneath the imposing Table Mountain. Slowly rotating cable cars climb to the mountain’s flat top, from which there are sweeping views of the city, the busy harbor and boats heading for Robben Island, the notorious prison that once held Nelson Mandela, which is now a living museum.

Launching the boat from Kommetjie slipway and heading north to Hout Bay, we'll take in spectacular scenery along the way. There's the Kakapo shipwreck, the fascinating geology and unique views of the famous Chapmans Peak Drive.  There's time to jump ship for a quick snack in the Hout Bay harbour before heading off to snorkel with seals. We'll end the day sharing a drink and some salty sea tales! 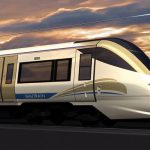 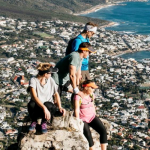