ABOUT THE NY GIANTS

MetLife Stadium, home to the New York Jets and New York Football Giants, is the number one stadium in the world.  This 82,500 seat stadium, one of the largest in the National Football League, sets the standard for venue excellence with state-of-the-art technology, comfort and amenities.   The only active venue to serve as the home stadium for two NFL teams, MetLife Stadium hosts 20 NFL games per season, more than any other Stadium. 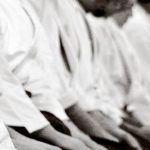