Within a 19th century Russian royal palace, it's entry guarded by two marble lions, Four Seasons reveals a restored luxury hotel treasure in the historic Admiralteysky district- just two blocks from the Hermitage Museum and close to the Nevsky Prospekt and Mariinsky Theatre.

St. Petersburg is the second largest city in Russia after its capital - Moscow, with the population of about 6 million people. It is one of the most beautiful cities in the world.

Catering to local and international business, the hotel features six meeting rooms and a formal boardroom, all ranging from 37 to 96 square meters. Six to seven business meeting rooms are on the ground floor with large windows, bringing natural light and charming St. Petersburg streetscape views. 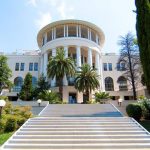 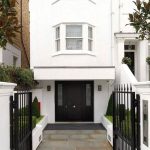