Paris Saint-Germain Football Club commonly known as Paris Saint-Germain, Paris SG, or simply PSG, is a French professional football club based in the city of Paris. Founded in 1970, the club has traditionally worn red-and-blue kits. The team has played its home matches in the 47,929-capacity Parc des Princes in the 16th arrondissement of Paris since 1974. The club plays in the highest tier of French football, Ligue 1.

The legendary Parc des Princes is a modern multipurpose sports arena, featuring a distinctive avant-garde architectural design and offering optimal conditions for athletes and spectators alike, on par with the highest standards in the world. 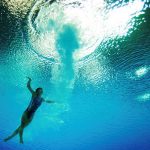