Malick Sidibé was a photographer known for his black-and-white images chronicling the exuberant lives and culture, often of youth, in his native Bamako, Mali in the 1950s, ‘60s, and ‘70s. Sidibé’s work documents a transitional moment as Mali gained its independence and transformed from a French colony steeped in tradition to a more modern independent country looking toward the West. He captured candid images in the streets, nightclubs, and sporting events and ran a formal portrait studio.

Jack Shainman Gallery was founded in 1984 in Washington, DC, by Jack Shainman and Claude Simard. Soon after opening, the gallery relocated to New York City occupying a space in the East Village before moving to 560 Broadway in Soho and then to its current location at 513 West 20th Street in Chelsea in 1997. 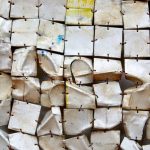