Cedric Houin, 33, Aka Varial, and Fabrice Nadjari, 34, met in a Paris elementary school. Inseparable until the age of ten, they fell out of touch when they changed schools. Twenty-three years later, they met again by chance through mutual friends and social networks.

The Wakhan Journey is a documentary art project by photographers and friends Fabrice Nadjari and Cedric Houin, together known as Varial and Nadjari. Last year, the two embarked on a journey across the mountainous passage between Afghanistan and China known as the Wakhan Corridor, traveling the 300 plus kilometers on foot. Conducted through photos, videos and installations, The Wakhan Project is the photographers’ homage to this remote corridor, its cultures and inhabitants. 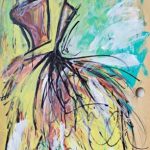 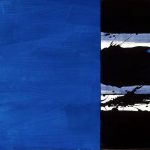