As part of an arduous ten-day trek, the primary aim of this epic Bhutanese trekking expedition is to make a summit attempt of what is believed to be an unclimbed and unnamed 5400m mountain. At the summit you’ll be rewarded with clear views of the world’s highest unclimbed mountain, Gangkhar Puensum. Before summit day you’ll make a basecamp in the same remote valley visited by Levison Wood at the climax of his Walking the Himalayas TV series (Channel 4, broadcast in January 2016 in the UK).This is a pack-animal supported adventure and teammates will carry a daysack while trekking.

Bhutan is predominantly Buddhist, with Hinduism also practiced. It was voted the happiest country in Asia and is the world’s first country to adopt ‘gross national happiness’ instead of Gross Domestic Product (GDP) as its main development indicator (though curiously, on the UN’s 2016 World Happiness Report, Bhutan remains at number 84). For a glimpse into this enigmatic nation, look out for a local screening of Crossing Bhutan (see trailer below), an adventure film premiered in spring 2016 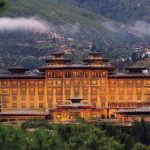 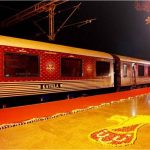