Claudio Bravo was eulogized by the New York Times as a painter whose adeptness with realism made his paintings verge on trompe l’oeil. Though Bravo originally won acclaim as a portrait painter, he became particularly known for his still lifes featuring crumpled paper, animal skulls, and exotically dressed figures. These, Bravo said, were heavily influenced by Spanish old masters like Francisco de Zurbarán, Juan Sanchez Cotán, and Diego Velázquez.

The Forum Gallery has been located in New York city since 1961 and is a founding member of the Art Dealers Association of America. The gallery focuses on humanism by maintaining exhibits and art fairs that showcase contemporary pieces for viewers and critics to experience. 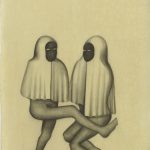 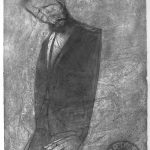