Maduro continues to wield relentless authoritarian control over Venezuela despite the ongoing sanctions on behalf of the United States and its allies. While imposing efforts to depose him have effectively depleted Maduro’s government resources, citizens bear the burden of suffering from minimal sustenance and abject inflation.

Prior to Maduro’s control, Hugo Chavez left behind the threads of a deficient economic and political climate that was cohabitated by the corrupt cronies in his sphere. As a demagogue, he appealed to the sentiments of the population with empty campaign promises that left the population in a desperate and dire circumstance.

President Maduro, clinging desperately to power, uses humanitarian aid as a weapon against his own people.

Central to his ideology was his disposition toward ‘Yankee imperialists’, which prevented foreign investment and debilitated Venezuela’s economic growth. Multinational corporations installed under Chavez saw their properties expropriated to citizens within the socialist regime. Now, those corporations are seeking retribution through international lawsuits against the country and degrading Venezuela’s already weakened financial structures. Washington’s foreign policy strategy is

unclear and unpredictable with Trump in office as direct military intervention is not off the drawing board. Maduro’s blockage and embezzlement of incoming humanitarian aid has compounded the dreadful condition of the Venezuelans, now drawing the issue across international lines. However, overt military operations to oust Maduro could have unintended reverberations, potentially uniting Venezuelans against a common and historically imposing enemy, the United States.

As hard data supports, ousting a despot in accordance with Western values leads to the implementation or development of a fascist despot, which would drive the country to a grimmer circumstance than the current. The most constructive and potent action on behalf of the United States and the country of Venezuela is the oversight of an unadulterated transfer of power through

the democratic process. The transformation would be no remedial solution to the extant issues already pervasive throughout the country. The situation is likely to become worse before it becomes better; inflation, a hungry population, and rampant corruption are effects stemming from the same progenitor, Chavez. Maduro is merely a reincarnation facilitating the cult of personality that Chavez once embodied. 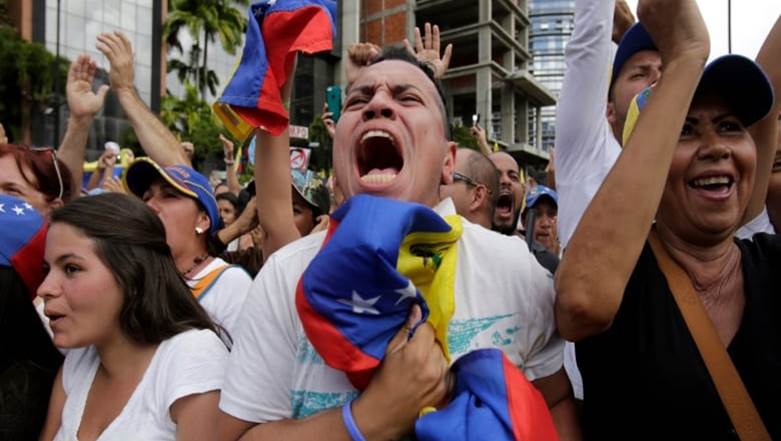 If the opposition party headed by National Assembly president Juan Guaido wins the office, it will be an impetus toward restoring the eroded institutions Chavez and Maduro left behind. Guaido stated earlier in the week that ‘foreign oil drillers should be allowed back into Venezuela without requiring a local partner’(Bloomberg News) , a notion that would revive the economy and slowly salvage foreign investors. If the democratic transition is ineffectual, either by producing a degenerative candidate incapable of advancing core institutional developments, or by circumventing the electoral process through unfair means, then international

interference would become a moral and international imperative. International mediation through the establishment of a multinational currency is perhaps the most salient arbitration and the only at present; Zimbabwe’s runaway inflation issue was similarly resolved through these means. While the imminent prospect of Venezuela devolving into a failed state is not impending, the frame of resuscitation is closing quickly. A resolution that is the product of natural progression is the only way to ensure long term stability and support, though intervention may become the policy of choice by the United States and its allies. 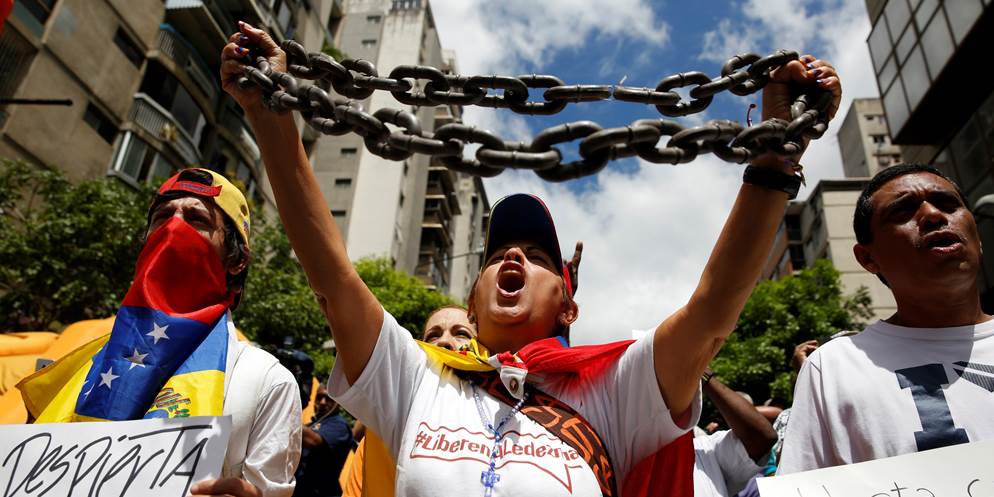 By MATT HUYNH for NY TIMES

The Venezuelan political opposition and its many foreign supporters, the United States first among them, gambled that getting crucial humanitarian aid into the country would undermine military support for Nicolás Maduro and finally pry him out of the presidential palace. Alas, the first round failed recently. Despite some reported defections, the army blocked the aid at border crossings, often with violent confrontations. Now what? The easy part is to identify approaches best avoided. President Trump claims he has a Plan B, “and C, and D, and E, and F” to evict Mr. Maduro, but the only one he has raised is military intervention. His hawkish lieutenants at the White House may support that, but it is a dangerous idea opposed by most of the 50 countries that have

joined the United States in recognizing the opposition leader, Juan Guaidó, as the interim president of Venezuela. Whatever Venezuelan soldiers may think of Mr. Maduro, the deplorable history of United States interventions in the Americas could well unite them — and many Venezuelans — against another one. More sanctions are another possibility. But the United States imposed new sanctions against Venezuela’s state-owned oil company in January, further reducing what little remains of the country’s oil income. Prolonged and expanded sanctions, while achieving the goal of depriving the government of cash, would also impose more suffering on a population already on the brink, with desperate shortages of food and medicine and runaway inflation. READ MORE >>

And a dictator who has already destroyed his country — and has the support of Russia and China — is not one who gives a fig for the suffering of his people, a sizable portion of whom still harbor an attachment to the “Bolivarian socialist” claptrap of his predecessor and mentor, Hugo Chávez. The best outcome would be a negotiated deal between Mr. Guaidó and Mr. Maduro, possibly mediated by the United

Nations, leading to free, internationally monitored elections. But for Mr. Maduro and his cronies, that is tantamount to surrendering power. The embattled president has fought back by depicting Mr. Guaidó as a stooge of Washington and its right-wing allies in Latin America, an optic Mr. Trump and Vice President Mike Pence have assisted by inveighing against “socialism” as an evil to be crushed wherever it appears

Whether Mr. Trump has options other than military meddling or more sanctions is anybody’s guess. So far, the United States has done well to stay clear of any threatening military moves. Along with the Europeans, Canada and above all the Latin American states that have declared Mr. Maduro’s rule illegitimate, it must maintain united and constant pressure on Mr. Maduro to leave, and on the army to abandon him. It must be clear that Mr. Guaidó should be installed as interim leader only to allow for

new, fair elections. Any suggestion that Mr. Guaidó was acting on behalf of Washington would undermine that message. It may take more time, and it may require cutting a deal with Mr. Maduro that would grant him and his cronies safe passage to refuge elsewhere, but maintaining a vociferous front of the Venezuelan opposition and a broad array of countries of all ideological leanings remains, for now, the best available option.