The proliferation of semiconductors in the late 50’s ushered a point in the continuum of the modern renaissance; The ICT (The Information Communications Technology) revolution. Since then, stark transitions in the commodities or exchange markets of computing, the most bold of which being the surge of personal computers launched in the late 70’s, marked

significant transitions in the ICT wave. Improvements such as the Graphical User Interface have earned notoriety, but none have contended with the magnitude of the transistor and PC. Now suddenly, before us, is the third child of the computing lineage awaiting its introduction to our commercial markets: The Quantum Computer.

The country that is first able to reach the ‘finish line’ of super-intelligence, in qua-ntifiable or unquantifiable fashion, will experience un-precedented modes and rates of global preeminence.

As theorists advance the knowledge base in the sciences and mathematics, increasingly complex algorithms are required to demonstrate abstract concepts. Einstein’s theory of relativity in 1915 gave profound insight into the natural world, but the theory failed to describe particle interactions on smaller scales, most notably on the quantum scale, or 10^-33 of a meter. The quantum

realm baffled experts; Calculations described particles interacting simultaneously and synchronously at vast distances, deemed ‘impossible’ as it contradicted rational thought and the classical laws of physics. Once scientists were able to predict these interactions with greater accuracy, quantum mechanics became a sub-field in topics such as biology and physics,

heralding the yearning to understand microscopic phenomenon manifesting in the macroscopic world. As the field developed, more complex models and calculations were required by even more fantastic minds to crunch abstract numbers and concepts. Currently our models and simulations that demonstrate these phenomena are insufficiently or inadequately represented with the binary distribution of classic computing (1’s or 0’s).

The quantum computer operates using both 1’s and 0’s but, also incorporates what’s known as a qubit, a suspended value in-between a 1 and a 0. This allows for multiple hypothetical values to circumstance themselves as neither a 0 or 1, thereby being non-definitive, wielding powerful and massive inferences that model the micro-world, which hinges on the 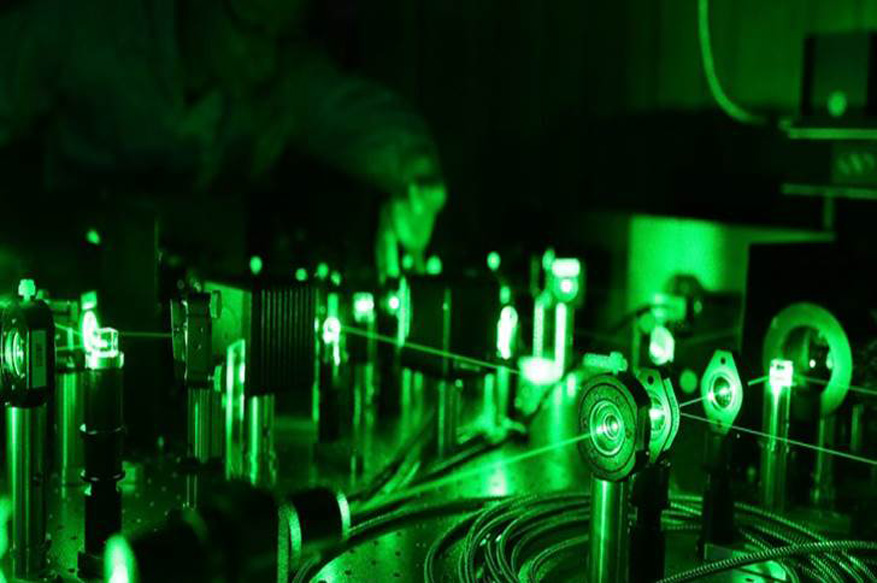 ambiguous expression of values. Effectively, the quantum computer would be able to solve many lingering questions about the natural world and, frankly, we don’t even know what questions to ask it nor the uses the answers would provide. Only a few quantum computers have been produced thus far. Future development is focused on the scaling capacity of qubits to handle

larger data loads, but large inputs raises the heat index of the device and requires significant cooling management. The delivery of the super machine to the consumerist market will certainly be unprecedented in our advances in medicine, astrophysics, and our understanding of our place in the cosmos. The future is bright. 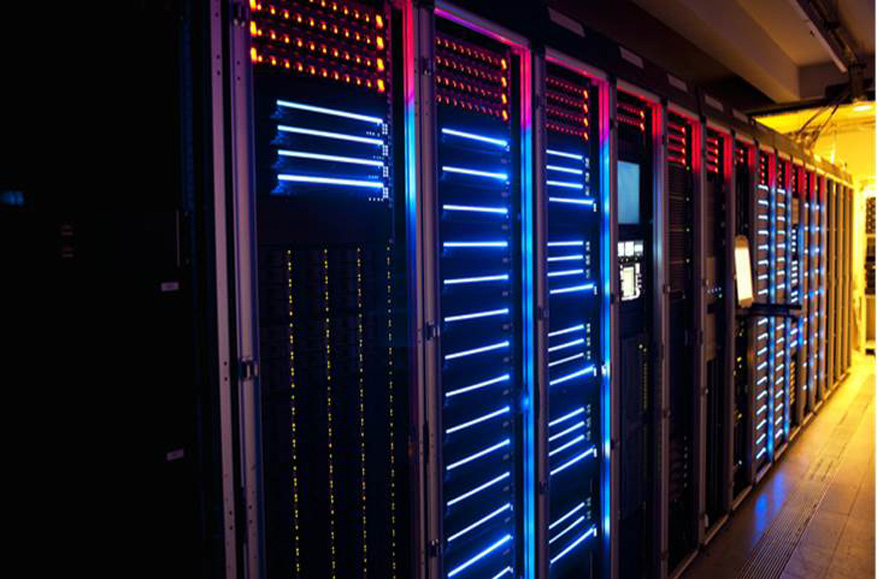 A quantum computer harnesses some of the almost-mystical phenomena of quantum mechanics to deliver huge leaps forward in processing power. Quantum machines promise to outstrip even the most capable of today’s—and tomorrow’s—supercomputers. They won’t wipe out conventional computers, though. Using a classical machine will still be the easiest and most economical solution for tackling most problems. But quantum computers promise to power exciting advances in various fields, from materials science to pharmaceuticals research. Companies are already experimenting with them to develop things like lighter and more powerful batteries for electric cars, and to help create novel drugs. The secret to a quantum computer’s power lies in its ability to generate and manipulate quantum bits, or qubits.  Today's computers use bits—a stream of electrical or optical pulses representing 1s or 0s. Everything from your tweets and e-mails to your iTunes songs and YouTube videos are essentially long strings of these binary digits. Quantum computers, on the other hand, use qubits, which are typically subatomic particles such as electrons or photons. Generating and managing qubits is a scientific and engineering challenge. Some companies, such as IBM, Google, and

Rigetti Computing, use superconducting circuits cooled to temperatures colder than deep space. Others, like IonQ, trap individual atoms in electromagnetic fields on a silicon chip in ultra-high-vacuum chambers. In both cases, the goal is to isolate the qubits in a controlled quantum state. Qubits have some quirky quantum properties that mean a connected group of them can provide way more processing power than the same number of binary bits. One of those properties is known as superposition and another is called entanglement. Qubits can represent numerous possible combinations of 1 and 0 at the same time. This ability to simultaneously be in multiple states is called superposition. To put qubits into superposition, researchers manipulate them using precision lasers or microwave beams. Thanks to this counterintuitive phenomenon, a quantum computer with several qubits in superposition can crunch through a vast number of potential outcomes simultaneously. The final result of a calculation emerges only once the qubits are measured, which immediately causes their quantum state to “collapse” to either 1 or 0.  READ MORE >>

Researchers can generate pairs of qubits that are “entangled,” which means the two members of a pair exist in a single quantum state. Changing the state of one of the qubits will instantaneously change the state of the other one in a predictable way. This happens even if they are separated by very long distances. Nobody really knows quite how or why entanglement works. It even baffled Einstein, who famously described it as “spooky action at a distance.” But it’s key to the power of quantum computers. In a conventional computer, doubling the number of bits doubles its processing power. But thanks to entanglement, adding extra qubits to a quantum machine produces an exponential increase in its number-crunching ability. Quantum computers harness entangled qubits in a kind of quantum daisy chain to work their magic. The machines’ ability to speed up calculations using specially designed quantum algorithms is why there’s so much buzz about their potential. That’s the good news. The bad news is that quantum machines are way more error-prone than classical computers because of decoherence. The interaction of qubits with their environment in ways that cause their quantum behavior to decay and ultimately disappear is called decoherence.

Their quantum state is extremely fragile. The slightest vibration or change in temperature—disturbances known as “noise” in quantum-speak—can cause them to tumble out of superposition before their job has been properly done. That’s why researchers do their best to protect qubits from the outside world in those supercooled fridges and vacuum chambers. But despite their efforts, noise still causes lots of errors to creep into calculations. Smart quantum algorithms can compensate for some of these, and adding more qubits also helps. However, it will likely take thousands of standard qubits to create a single, highly reliable one, known as a “logical” qubit. This will sap a lot of a quantum computer’s computational capacity. And there’s the rub: so far, researchers haven’t been able to generate more than 128 standard qubits.So we’re still many years away from getting quantum computers that will be broadly useful. That hasn’t dented pioneers’ hopes of being the first to demonstrate “quantum supremacy.” It’s the point at which a quantum computer can complete a mathematical calculation that is demonstrably beyond the reach of even the most powerful supercomputer.

It’s still unclear exactly how many qubits will be needed to achieve this because researchers keep finding new algorithms to boost the performance of classical machines, and supercomputing hardware keeps getting better. But researchers and companies are working hard to claim the title, running tests against some of the world’s most powerful supercomputers. There’s plenty of debate in the research world about just how significant achieving this milestone will be. Rather than wait for supremacy to be declared, companies are already starting to experiment with quantum computers made by companies like IBM, Rigetti, and D-Wave, a Canadian firm. Chinese firms like Alibaba are also offering access to quantum machines. Some businesses are buying quantum computers, while others are using ones made available through cloud computing services. One of the most promising applications of quantum computers is for simulating the behavior of matter down to the molecular level. Auto manufacturers like Volkswagen and Daimler are using quantum computers

to simulate the chemical composition of electrical-vehicle batteries to help find new ways to improve their performance. And pharmaceutical companies are leveraging them to analyze and compare compounds that could lead to the creation of new drugs. The machines are also great for optimization problems because they can crunch through vast numbers of potential solutions extremely fast. Airbus, for instance, is using them to help calculate the most fuel-efficient ascent and descent paths for aircraft. And Volkswagen has unveiled a service that calculates the optimal routes for buses and taxis in cities in order to minimize congestion. Some researchers also think the machines could be used to accelerate artificial intelligence. It could take quite a few years for quantum computers to achieve their full potential. Universities and businesses working on them are facing a shortage of skilled researchers in the field—and a lack of suppliers  of some key components. But if these exotic new computing machines live up to their promise, they could transform entire industries and turbocharge global innovation.